Marvin started performing back in the late 1970s when he began his gymnastics career aged just 6. This career lasted 20 years with Marvin becoming a Junior British Champion, 2 time Senior British Champion and a 1992 Olympian. He is also recognised as a World Class Master Gymnast by the British Gymnastics Association.

Marvin’s motion picture break came in 2002 with the release of 28 Days Later in which he played Mailer, the zombie soldier. He then gained official British Stunt Register recognition in 2005.

A flurry of film offers came in with Marvin performing stunts in several Hollywood blockbusters including The Da Vinci Code, Casino Royale and The Bourne Ultimatum.

Since 2002 Marvin has starred in over 50 films and TV shows including Skyfall, Harry Potter, Inception, Prince of Persia, Kick-Ass, Quantum of Solace, The Dark Knight, 47 Ronin, Kick-Ass 2 and many many more.

His stunt work has led to several Taurus and SAG nominations and 6 award wins including Outstanding Stunt Performance by a Stunt Ensemble in a Motion Picture (Harry Potter, Inception, The Bourne Ultimatum) and Best Fight (The Dark Knight, Inception) and Best High Work (Casino Royale).

Some of the amazing projects Marvin has been involved with whether it be performing his legendary award-winning stunts, starring in productions or behind the scenes development.

Marvin enjoyed a near 20 year gymnastics career starting at the age of 6. Growing up in Manchester spending most of his training and competing years at the Central Manchester Institute of Gymnastics alongside a number of other well recognised and high level gymnasts. The latter years were spent at the City of Liverpool Institute.

Officially gaining ‘British Stunt Register’ recognition in 2005, Marvin began working very quickly with his first major stunt engagement being the notable Casino Royale. Marvin has over 50 appearances on film and television to his name.

2005 through to 2012 Marvin has been nominated for 4 Taurus World Stunt Awards which is the stunt fraternities equivalent of the Oscars.

TWSA Nominations include: Casino Royale, Batman The Dark Knight, Inception and The Prince of Persia. Winning 3 of these 4 nominations put Marvin is the only performer in the world to have won 3 Taurus Awards.

SAG Nominations and Wins Include: The Bourne Ultimatum, Inception, Harry Potter series of Films and Skyfall. All of which are recognised for the ‘Best Stunt Ensemble’.

The zero-gravity hallway fight scenes were achieved by using "...massive, rotating sets that twisted and turned and forced Gordon-Levitt to maneuver with utmost caution. Five-hundred crew-members were involved in the scene, which took a full three weeks to complete." The sets were built in a London airplane hangar, including a horizontal hallway that rotated 360 degrees, a vertical one and a set with steel trolleys to which the actors were attached by wires (later erased using visual effects).

Watch Marvin in Action in this Behind the Scenes Featurette 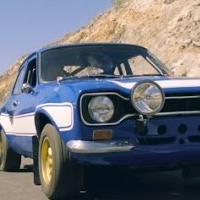 Stopping on a mark, General, T-Bone Crashes, Near Misses etc. Marvin holds a full License and is very confident on small and big engines. 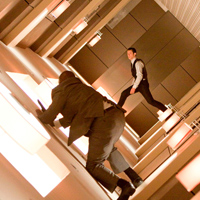 Marvin is able to adapt to many styles of fighting for Film and Screen purposes. Marvin has trained in various fighting arts from Tae Kwon Do, Kickboxing, Boxing, Brazilian No-gi Ju-jitsu, Freestyle Wrestling to FULL MMA (Cagefighting) gaining distance awareness, consideration for fight partners and control. He also has knowledge of fitness fight training for health, learning and weight-cutting. 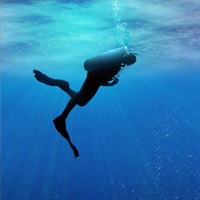 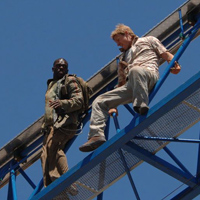 Confident working at any height indoors and outdoors whether it be stunt performance of stunt safety as was displayed in Casino Royale. 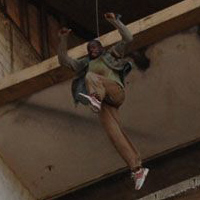 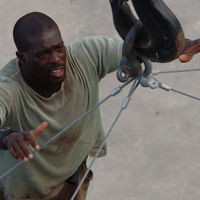 Other Skills and Experience

Actor training in action movement and fight routines. Rigging assistance on and off set. Research and Development of many facets of stunt action. Marvin has an array of other skills including Stairs Falls, Hard impacts, Wire Work, Ratchets, Air Rams and Descenders.

With his gymnastics history to fall back on Marvin is very able to implement very good spacial awareness, somersaulting, falling, fighting etc. This awareness allows for stunts, skills, routines etc to be performed safely, calmly and repeated numerous times. Hard impacts also are made to look more violent due to the high level of body control a good gymnastics background develops.

Filmed over three weeks at a construction site in the Bahamas (in the remains of the same hotel used in 1965’s Thunderball, in fact), the scene sees 007 chasing down bomb-making mercenary Mollaka, played by both free-running pioneer Sébastien Foucan and Stuntman Marvin Campbell.